Music With Friendship - Not just a motto

Our motto is not just a collection of words, it was formed by all that the band does.

Wight Diamonds is a community band formed in 2000. We operate as both a concert band and as a marching band with members from various backgrounds, ages and abilities playing in one or both capacities.

Each year we participate in a variety of events on the Island and the Mainland including carnivals, fetes, bandstands, concerts and private events.
On this website you will be able to find out more about us, where we are appearing and even how to get involved.

You’ve got 3 chances to watch us this week so make sure you put the dates in your diary.

Rylstone Gardens Bandstand, Shanklin on Sunday 23rd August at 3pm. The concert’s free (unless you rent a deckchair – in which case you’ll only have to part with a few pennies!) and the weather’s looking good so come along and wile away an hour or so as we play a wide selection of music from traditional marches and big band pieces to themes from both the stage and big screen. 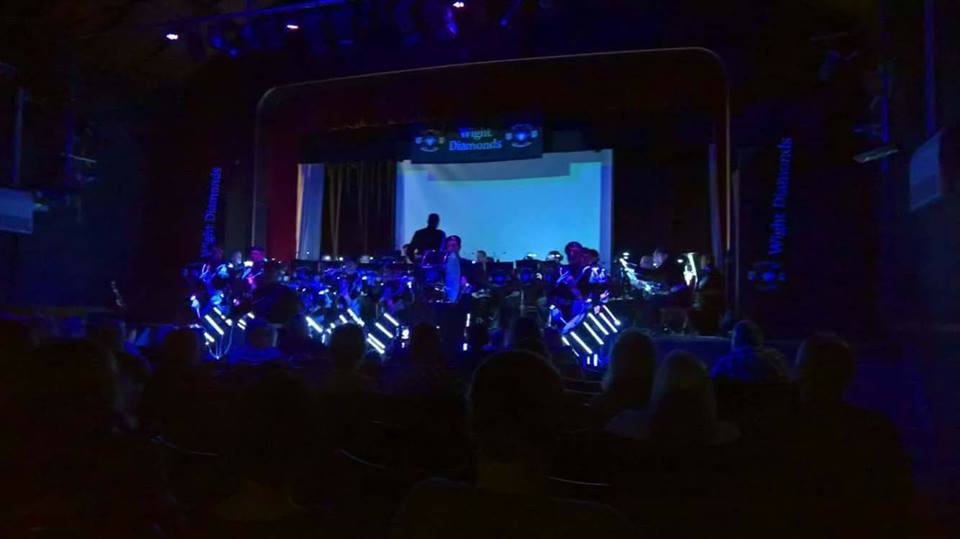