Music With Friendship - Not just a motto

Our motto is not just a collection of words, it was formed by all that the band does.

Wight Diamonds is a community band formed in 2000. We operate as both a concert band and as a marching band with members from various backgrounds, ages and abilities playing in one or both capacities.

Each year we participate in a variety of events on the Island and the Mainland including carnivals, fetes, bandstands, concerts and private events.
On this website you will be able to find out more about us, where we are appearing and even how to get involved.

Missed us at Rookley Show? Well never fear, we’ve got 3 engagements this weekend so there’s lots of opportunities to see us in action.

We’ve been busy practising all through the winter months and we’re ready to kick off our 2015 carnival season on Friday 24th July when we’ll be playing jointly with another Island band, Vectis Corps of Drums, at Sandown Children’s Carnival. The carnival will leave Sandham Grounds at 3pm and will finish at Eastern Gardens around 3:45pm.

On Saturday 25th July we’ll be playing alongside Vectis Corps of Drums again at Sandown Main Carnival which will leave Sandown Esplanade at 7:00pm and work its way through the town centre before finishing back where it started.

On Sunday 26th July we’ll be taking part in the Island Highland Gathering which takes place at  Northwood House, Cowes between 9am and 5pm. This annual event celebrates all things Scottish from food and the traditional Highland Games to dancing and of course, bagpipes. We will be performing throughout the day starting with the opening parade at 11am, followed by the RBL Standards Display at 11:40am, 2 arena displays at 12:50pm and 4pm and finally the massed bands finale at 5pm.

Hopefully you’ll see an engagement that piques your interest so head on over and check us out! 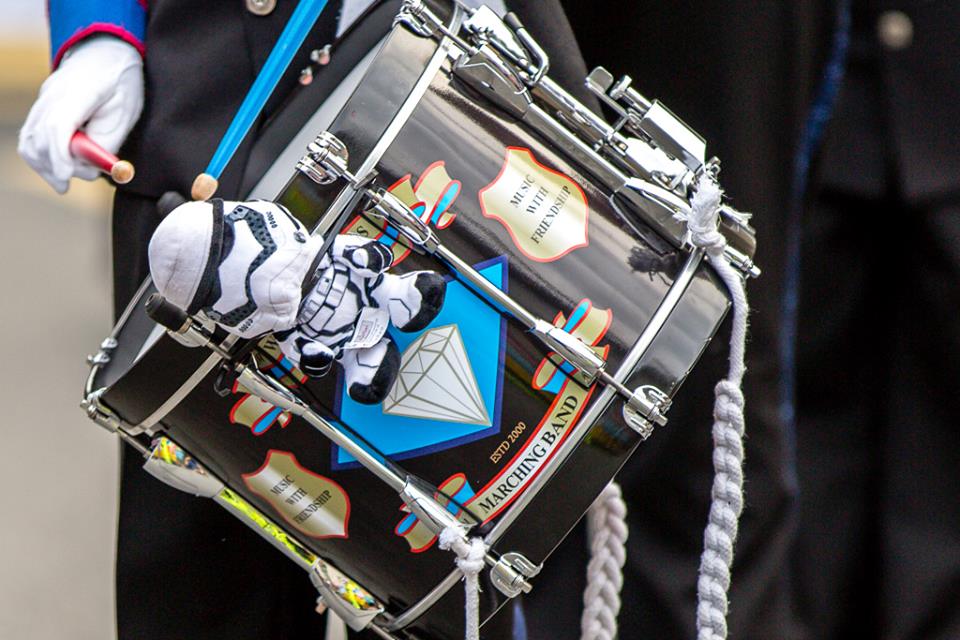